Can Sleep Save your Soul?

It’s a rainy morning here in Salt Lake City. Looks like snow actually, as I lift the blinds and gently nudge my girls awake.

Come Friday, everyone is ready for Saturday morning, a chance to sleep in. Even I have trouble turning off the alarm and swinging my legs out of bed. But the girls have “Books and Bagels” before school, followed by a field trip to the Zoo. They’ll need extra time to dress warmly.

This week our family has been focusing on earlier bedtimes. Remember Ben Franklin’s saying?

“Early to bed, early to rise, makes a man healthy, wealthy, and wise.”

Easy to say. Hard to do. My girls aren’t quite teenagers yet, but they have homework, reading assignments, papers to write, and usually we don’t tackle those things until we’ve practiced piano, come home from dance lessons, or cheered little brothers on at their baseball game.

You know the drill better than they do. Roll in after dinnertime from basketball practice, dance company, or study group. Stay up late, sometimes past midnight, to finish homework or study for a test. Get up early for seminary, water polo, or just to get to school on time.

It’s hard to squeeze in everything we want (or have) to do. And too often, my family sports bedtimes that make for rough mornings.

Not enough sleep takes its toll on all of us, but especially teenagers. My husband recently sent me an article that talks about teenagers not getting enough sleep. The headline stated, “Letting Teens Sleep in Could Save Lives.”

Studies by the CDC (Center for Disease Control) found that teenagers who got less than seven hours of sleep on school nights were more likely to engage in risky behaviors — such as texting and driving, drinking and driving, riding with a driver who was drinking, not wearing a seat belt in a car, or becoming sexually involved with someone.

I know this sounds extreme, but I think there’s something to the research.

Did you know about 69 out of 100 high school students get insufficient sleep — defined as seven hours of sleep or less on an average school night?

Most teenagers do not get the 8-10 hours of sleep recommended. Sleep deprivation impairs judgment and decision making, especially for adolescents, who are still growing and developing in both body and brain.

Another interesting fact: The CDC reported that teenagers tend to model the sleep habits of their parents! So if we, as parents, are staying up late watching Netflix or scrolling through social media (guilty as charged), we can bet our children will probably pattern similar behaviors.

Doctors are so concerned that the American Academy of Pediatrics issued a statement in 2014 encouraging states to push for later start times in middle and high schools. Only a few states have made this happen but 44 states are talking about it.

Sleep, by major health and fitness organizations, is now included as one of the three pillars of health. Sleep, diet, and exercise. Numerous diseases, including depression, anxiety, obesity, headaches, and other problems have been cured with adequate sleep. Sleep has been shown to improve memory and concentration in students by as much as 20%.

I would suggest that sleep is not just a pillar of physical health, but of spiritual and emotional health too.

When a good friend of mine, who is a clinical psychologist, had her third baby, she was obviously exhausted and not getting much sleep. Weeks went by and she started to experience symptoms of depression, clinical signs. She recognized the signs; that’s her job! Worried, she met with another psychologist friend and her husband planned a weekend away with her two older boys. This left her with just the baby and no responsibilities. She slept. And within days she was a new person. She and her psychologist friend determined she wasn’t suffering from depression, she was simply sleep deprived!

Clinical depression, of course, is real. Many individuals struggle with this very difficult challenge. But it is fascinating to me that sleep-deprivation and depression can mimic each other in symptoms.

I know I’m happier when I’ve had enough sleep. I write better, I think more clearly, I make wiser decisions, and I hear the whisperings of the Spirit with more clarity. My body is stronger when I get good sleep. I can fight off minor illnesses. I exercise more regularly. And I want to eat healthier foods.

The Lord taught us the importance of sleep in the Doctrine and Covenants:

“Cease to sleep longer than is needful; retire to they bed early, that ye may not be weary; arise early, that your bodies and your minds may be invigorated.” (DC 88:124)

Sometimes research catches up with what doctrine has already taught us.

What d’ya say? Join us in a crusade to respect sleep?

It’s not heroic to think we can go on less.

Sleep could be the very thing that saves us. 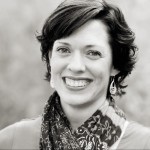 Hope and Strength from the Scriptures

The Blessings of Tithing in My Life