Why Every Young Woman Should Prepare to Serve An LDS Mission

Four years ago in General Conference it was announced that 19 year old young women and 18 year old young men could serve full-time missions. Stories soon surfaced of young women who immediately rushed out and interviewed with their Bishop & Stake President just hours after Conference and of mission papers that were submitted within days of the announcement. Unprecedented numbers of Sisters flooded into Missions around the world. The response was so immediate and dramatic that it actually overwhelmed the systems that were in place to handle the Missionary process. Suddenly, instead of having an Apostle make weekly missionary location assignments, they began meeting 3 times a week to accommodate both the new young men and women who wanted to serve. The Provo MTC was so full that the amount of time spent in training was reduced in part to accommodate the vast number of incoming volunteers. Mission Presidents suddenly had to open new areas for Sisters and ‘Triples’ (3 companions serving together) became more common than just the normal ‘pair’.  My daughter was serving a Spanish-speaking mission in Sacramento, California when the announcement came and she spent her last full year training 19 year old Sisters who suddenly poured into her small part of the world. Our local Boston Mission also received an influx of Sister Missionaries and it was nice to see so many female faces in many new areas.  As a Sister Training Leader however, my daughter saw many Young Women leave almost as fast as they had entered the Mission field. Our local Mission President also saw a large number of  the Sisters return home early for various reasons.

So why were some Sisters unable to complete their Missionary Service? My guess is that as much as they desired to serve, perhaps some hadn’t had the time to adequately prepare for the experience. Through no fault of their own, they weren’t fully aware of and ready for how consistently long and difficult a mission really is.  Maybe the spirit was eager, but the mental, emotional and physical preparation hadn’t been tended to.

I firmly believe that we ‘get credit’ for our righteous desires and the good intentions of our heart.  And I don’t believe that there is any shame in trying something and then having a legitimate reason for going in a different direction.  I know that the Lord blesses us for our efforts as well as our outcomes and I commend all of the young women pioneers who jumped in and have served or have served some part of a full-time Mission.

As an analogy to a Missionary who enters the Mission field only to find that they aren’t prepared for the reality of the experience, I offer the following: Several years ago I landed in Utah from Boston and joined a group of friends to ascend 12,000 ft. by climbing one of the local mountains.  I was excited to participate and my intentions were good.  I wanted to honor a close friends very meaningful memorial and show my love and support via my participation in this important event.

But I was ill-prepared for such a rigorous adventure.  I had come from sea-level without time to acclimate to the high altitude.  I wasn’t physically fit. I hadn’t been regularly exercising to prepare for a 20 mile, 12 hour climb.  And I was too heavy to attempt such a strenuous hike.  But I was determined, so up the mountain I went.  It was hard.  I was uncomfortable.  And looking back it was unfair to the group I was with.  Almost everyone was fit and healthy. They had paid the price of regular exercise and prepared for this monumental hike.  The group had adjusted to the high altitude, so they weren’t huffing and puffing with each step up the mountain. Although everyone was supportive and helpful to me I knew that I was a burden to the group because I wasn’t adequately prepared.  I held everyone back.  Various hikers worried about me because I was so clearly struggling with every step. When we finished I was literally broken.  My feet were swollen and every muscle in my body was tender and screaming with soreness.  I couldn’t do anything the next day but lay myself on the couch and let my body (and my ego) heal. It was humiliating. And although I had participated in the hike, deep down I knew that I had been more of a burden than an asset because I was not prepared.

Two years later I returned for the same hike.  But this time I had spent 12 months regularly walking and hiking long distances and running up long flights of stairs to simulate the high-altitude assent. I had reduced my weight. I had stretched my muscles and my mind.  I had acquired physical and mental discipline that would be needed for this physically taxing day.  And not only did I make it to the top (in the middle of the pack—not straggling in the rear), I enjoyed every step. I didn’t have to be so focused on ‘making it’ but I could enjoy the journey, the scenery and the friends around me.

The comparison is an easy one.  Missions are long, difficult events that require mental, emotional, physical and spiritual preparation.

Not every young woman will serve a full-time LDS Mission. Some will find that this isn’t the direction the Lord has in mind for them.  Others will simply decide that they want to do something else with their time and energy (and that’s okay). But I can see no negative result in spending teenage years preparing for full-time services and being ready if and when the opportunity presents itself.

So my suggestion is not that every female SHOULD serve an LDS Mission, but that EVERY Young Woman should PREPARE to serve.  And by that I don’t mean ‘read your scriptures, pray and practice talking about the gospel’ (which we all should be doing regardless of our life plans).  I mean really prepare mentally, emotionally and spiritually to serve an actual full-time mission with all the discipline and earnestness that hopefully every young man is applying to their lives.  Calibrate your mind and your habits to the idea that you will serve a full-time mission.

After all, the discipline, the study, the spiritual, physical, mental and emotional rigor involved in preparing for the long-haul marathon of missionary service can be nothing but good for anyone and everyone. If a Young Women decides that she doesn’t want to serve, then that’s fine, but she’ll be all the better for the preparatory steps.

Have you ever felt unprepared for something important?  What did you learn from the experience and how has disciplined preparation helped you with meaningful events in your life?  What are the right steps for preparing to serve a full-time mission? 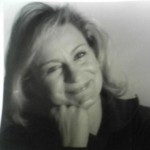 Boston-based mother of 4 children (ages 16,19, 22, & 25) and Global Executive in the Technology field. When not working, mothering or sleeping I love to hike in the mountains, find live music venues and debate politics around my kitchen table. The Gospel of Jesus Christ has meant everything to me since I joined the LDS church as a 15 year old in Arkansas. I consider myself an unapologetic advocate for girls and women's rights, as well as a devoted Disciple and mainstream Mormon. I belive that at the end of the day our lives will be measured by how fully and completely and non-judgmentally we love and serve one another 🙂

Boston-based mother of 4 children (ages 16,19, 22, & 25) and Global Executive in the Technology field. When not working, mothering or sleeping I love to hike in the mountains, find live music venues and debate politics around my kitchen table. The Gospel of Jesus Christ has meant everything to me since I joined the LDS church as a 15 year old in Arkansas. I consider myself an unapologetic advocate for girls and women's rights, as well as a devoted Disciple and mainstream Mormon. I belive that at the end of the day our lives will be measured by how fully and completely and non-judgmentally we love and serve one another :) 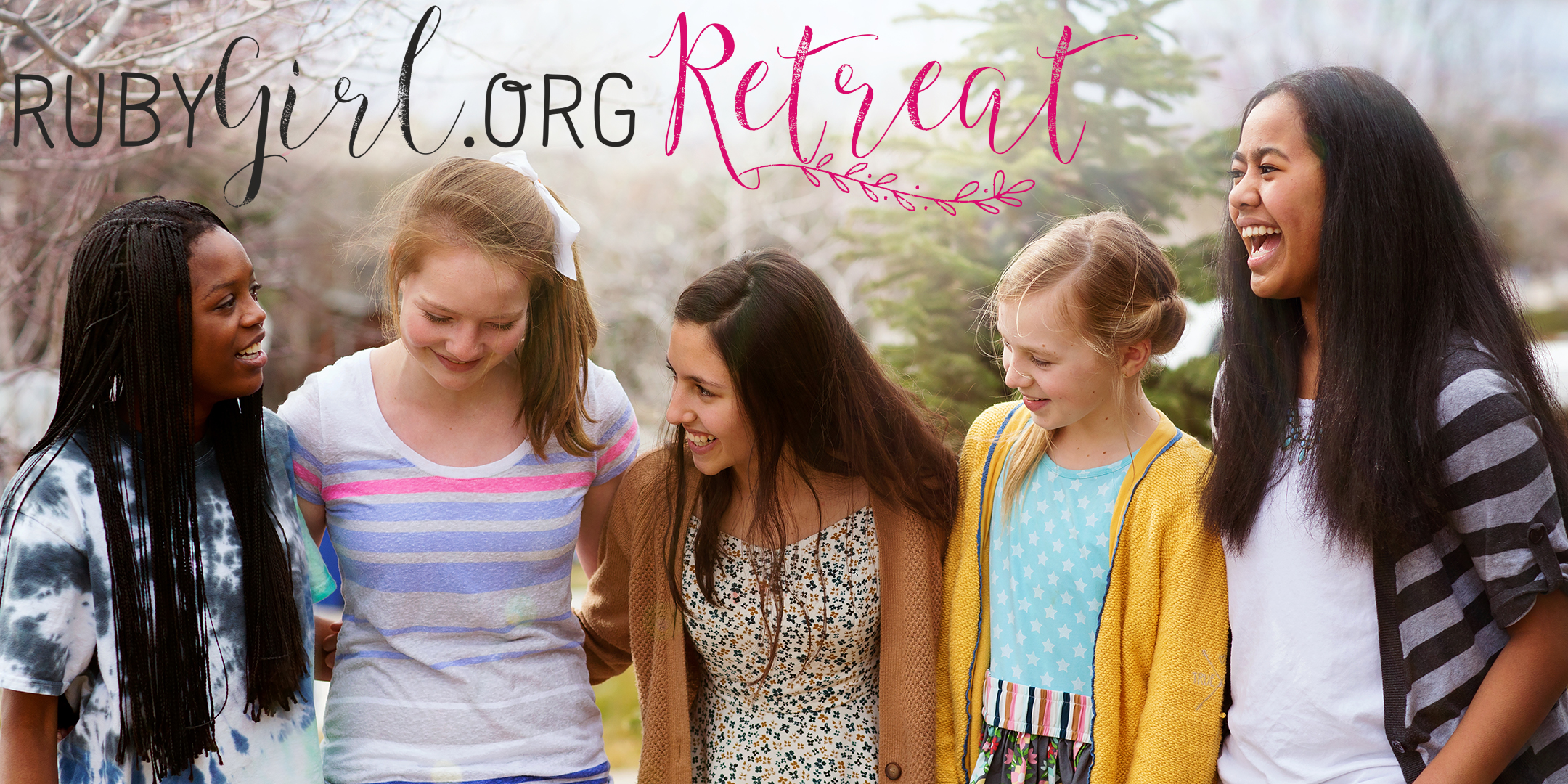 A Message From the Young Men